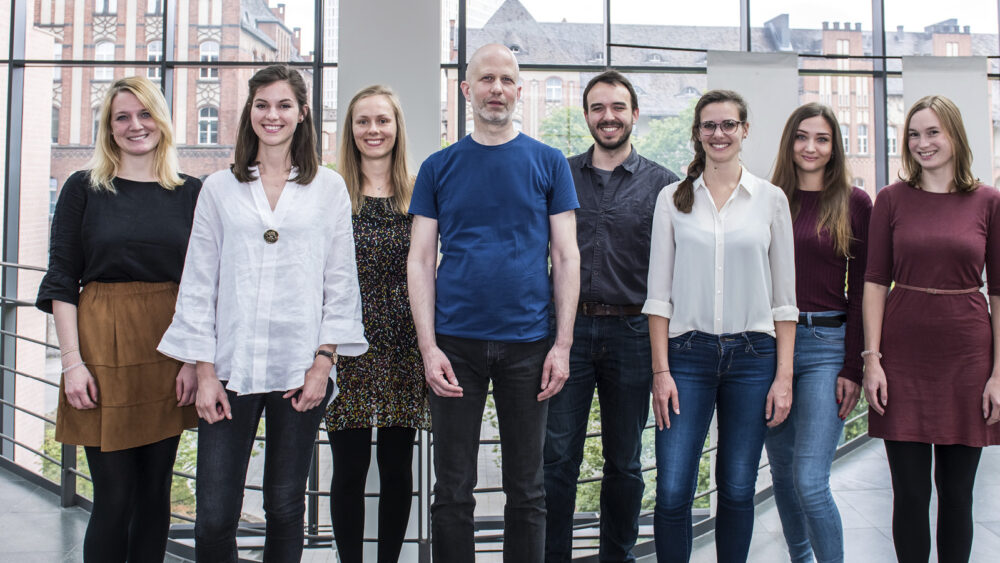 In March 2020, Andreas Hutloff was appointed Professur for „Molecular Immuneoregulation“ at Kiel university.

Successful interaction of antigen-specific T and B cells is key for an effective adaptive immune response. T follicular helper (Tfh) cells are the T cell subset providing help for B cells during the germinal center reaction. They are the prerequisite for the generation of high affinity memory B cells and long-lived plasma cells. Therefore, manipulation of the Tfh response is of particular clinical interest to either promote the generation of protective antibodies during vaccination or to eliminate harmful antibodies in autoimmune diseases or allergy.

Our group is interested in the generation of Tfh cells, their maintenance, and dysregulated germinal center responses resulting in autoimmunity. One focus of our group is costimulatory receptors which are important for fine-tuning of the immune response. Absence of costimulation can result in severe immunodeficiency, whereas an overexpression of costimulatory receptors is often associated with exaggerated immune responses, resulting in autoimmunity or allergy. Consequently, costimulatory receptors are an attractive target for therapeutic intervention. A special focus of our research is the Inducible T cell Co-Stimulator ICOS, which was originally identified in our group. ICOS has a very specific role for maintenance of Tfh cells in late phases of the germinal center response. ICOS pathway blocking antibodies are currently in clinical trials for the treatment of autoimmune diseases.

We are also analyzing the transcriptional control of Tfh cells. We identified the two transcription factors Klf2 and Bach2 as two central regulators of Tfh cells, which control Tfh cell differentiation and maintenance by two very different mechanisms.

Another focus of our group is T cell/B cell interaction outside lymphoid tissues. Lymphocytic infiltrates are frequently found in inflamed tissues where they substantially contribute to tissue destruction. Using a mouse airway inflammation model, we showed that a population of tissue-resident Tfh-like cells drives the differentiation of antigen-specific B cells into germinal center-like cells and plasma cells, thereby contributing to the local generation of pathogenic antibodies). In a project within the CRC 130 we want to elucidate how T/B interaction can take place outside the ordered structure of secondary lymphatic organs. Using tissue samples from chronic inflammatory conditions, we are currently analyzing the impact of Tfh-like cells for the pathogenesis of different human autoimmune diseases.