Measles, rubella, chickenpox – some diseases occur only once in a lifetime. However, thanks to modern medicine, we do not even have to suffer through most of these diseases; a small needle prick with a vaccine is enough to ensure that we are protected against the disease. But how does this protection, which we call immunological memory, work? And how is this memory related to arthritis and other chronic inflammatory diseases?

Bacteria, fungi and viruses are everywhere. However we are not constantly sick. We owe this to our immune system. It can memorize pathogens and protect us against a new infection. This so-called immunological memory bases on the complex communication of different “memory cells”. These memory cells remain in the body for years even after recovery from the disease and, like a database, save all information about the pathogen that has been fought off. If a reinfection occurs, the pathogen gets attacked immediately. We often do not notice this effective defense reaction – we are immune to the pathogen. The immunological memory is one of the most impressive features of our immune system. The database gets extended during our whole life. The success of vaccinations is also based on the immunological memory.

The immunological memory functions because the immune system can distinguish foreign pathogens from own tissue: Generally, the cells of the immune system  recognize and ignore structures from own body. However, if this mechanism fails, the immune system identifies structures from body as pathogens. The system goes off the rails and the “tolerance” to  own tissue breaks. As a natural defensive reaction, the body starts fighting off the “invader”. A long lasting inflammation follows. This could lead to severe diseases such as rheumatoid arthritis, systemic lupus erythematosus, psoriasis or multiple sclerosis.

Once the body has started the fight against its own tissues, such as joint cartilage or nerve cells, the memory immune cells also begin to work – just like in an infection. However, the “invader” that triggers the inflammation cannot be eliminated. This activates the memory cells again and again. The database of immunological memory is being expanded – with memory cells that cause disease. They drive the inflammation like a motor and the disease becomes chronic. Modern therapies can suppress this unwantend immune reaction, but they come with side effects and patients are on medication for the rest of their lives. 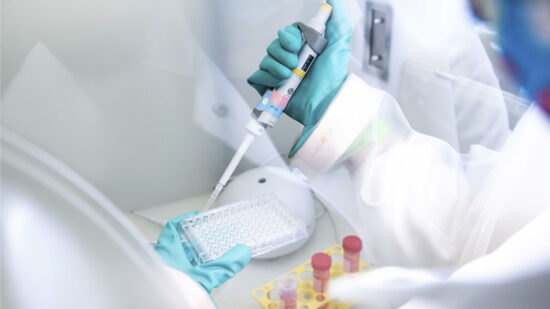 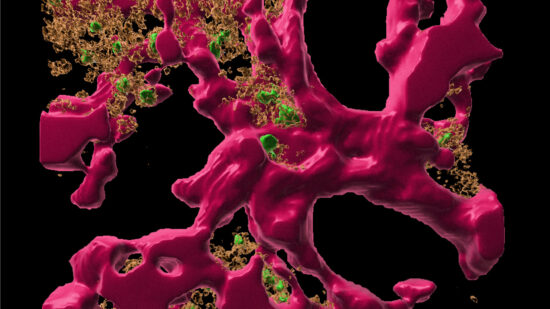 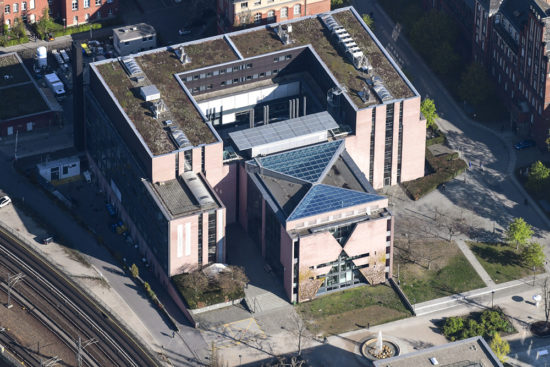 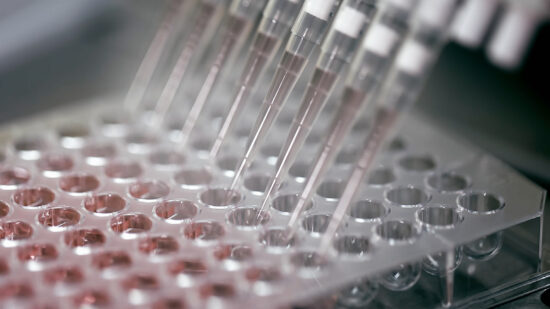 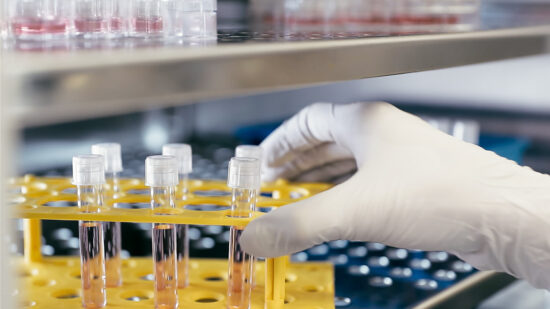 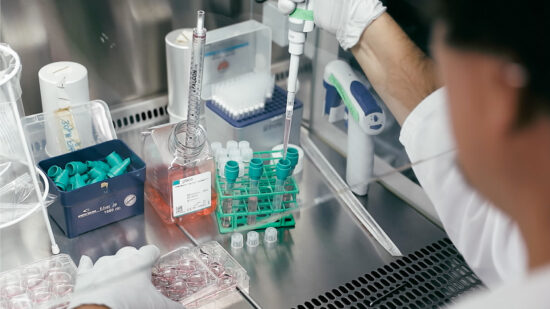 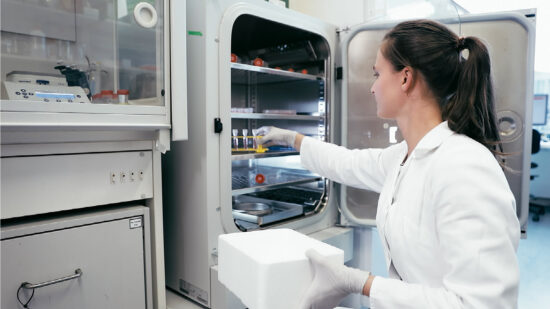 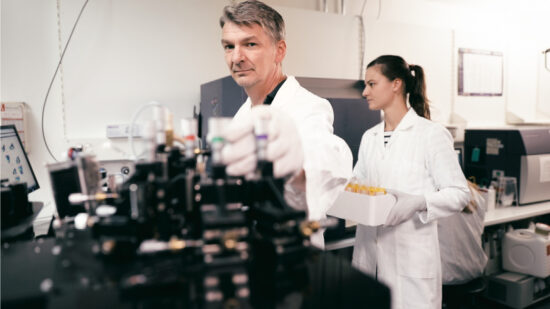 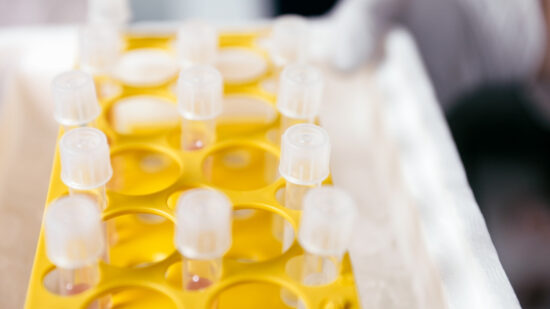 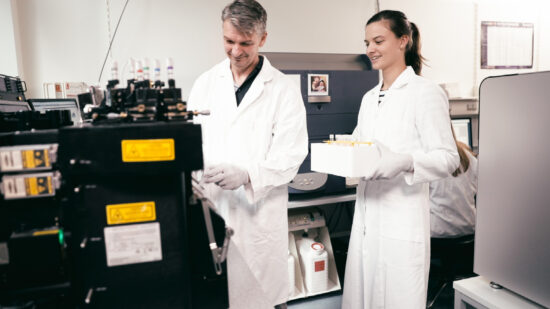 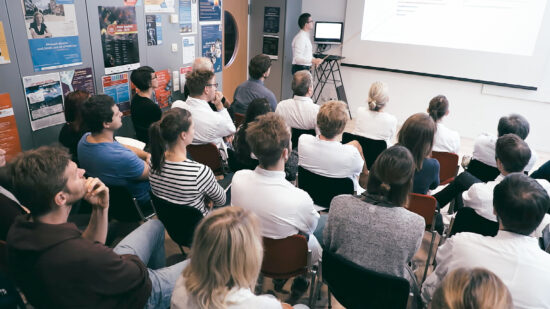 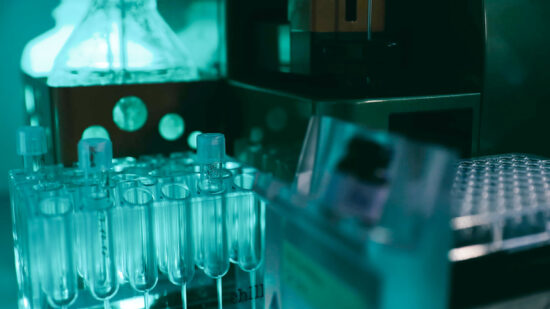 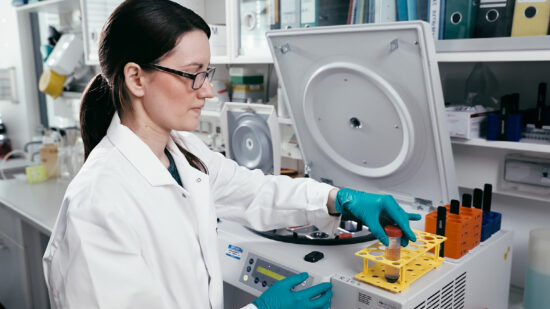 How the DRFZ is paving the way to cure rheumatic diseases

Clinical observations had a decisive influence on the research strategy of the DRFZ: When the immune system is destroyed by chemotherapy and then regenerated from autologous stem cells, the rheumatic inflammation is stoped. Patients are cured. However, the treatment, called “Immune Reset”, is of high risk and is restricted to patients with very severe diseases. Apparently, not only the disease-causing memory cells disappear, but also the whole database of the immunological memory is deleted and patients have a high risk to die from infections. However the Immune Reset proofs that the memory cells of the immune system indeed play a decisive role in chronic inflammatory autoimmune diseases.

Researchers at the DRFZ are searching for ways to eliminate only the disease-causing memory cells as selectively as possible in order to cure inflammatory diseases. Only the memory of the disease should be targeted while the protective immune system is preserved. A key to this challenge is the profound knowledge of the biology of the different cell types involved and of their role in chronic inflammation.

The better understanding of the lifestyle of pathogenic cells has already led to new therapeutic targets found in and on immune cells. These are molecules on the cell surface, nutrients for cell survival or molecules for cell communication.  The ultimative aim is to eliminate the pathogenic cells.

25 years ago, DRFZ researchers discovered a cell type that plays a crucial role in many autoimmune diseases: the pathogenic long lived memory plasma cell. These cells are maintained for decades in so-called “survival niches” in the bone marrow and other tissues. Here they are kept alive by connective tissue cells and  continuously release so-called autoantibodies against the body’s own tissues into the blood. These autoantibodies drive the chronic inflammation. Although common therapies can alleviate the symptoms, they do not reach the pathogenic memory plasma cell in its niche, they are refractory to these therapies. This explains immediate flares after medication is discontinued.

The DRFZ researchers, together with colleagues from the Charité, have now developed a technology that detects and destroys plasma cells – and only those that produce specific antibodies. Deleting the pathogenic memory plasma cells without affecting the protective ones could revolutionize the treatment of chronic autoimmune diseases. This technology has already been patented and successfully tested in animal models. It is now being further developed for application in patients. 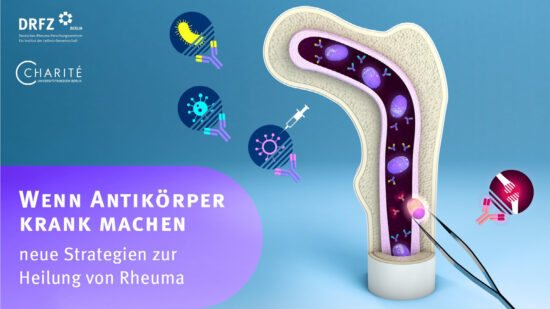 Another approach to eradicate disease-causing memory plasma cells is to intervene in their communication with connective tissue cells. For this purpose, the DRFZ researchers developed “survival niches” in cell cultures. They investigate which substances the memory plasma cells need to survive. They have already demonstrated that the contact with connective tissue cells apparently triggers a specific signaling pathway in the plasma cells. This makes the cells resistant to stress and lack of nutrients, as well as refractory to conventional treatment of chronic inflammation. If this signaling pathway is interrupted, the memory plasma cells die. This could be another approach to  cure chronic diseases caused by autoantibodies.

In addition to memory plasma cells, the DRFZ has long been focusing on pathogenic memory T helper cells. These cells occur in autoimmune diseases in inflamed tissues, for example in the joints of rheumatic patients. Finding the pathogenic cells is like looking for a needle in a haystack: Although they play a cruicial role in the course of disease, there are often only a few of them among millions of other cells. In addition, their function is always dependent on their interaction with their environment.

The DRFZ uses a very young method of genetic engineering to examine many cells in detail at the same time: single cell sequencing. In contrast to other methods, this not only provides information about the structure of the cell, but also about its function. Every cell of the body, including an immune cell, carries the entirety of our genetic information, about 25,000 genes. However, only a fraction of these genes is active. It is precisely this activity that determines whether a cell, like a red blood cell, transports oxygen or, like a pathogenic memory T cell, drives an inflammation in the joint of an arthritis patient.

Using single cell sequencing, researchers of the DRFZ together with colleagues from the Charité have investigated memory T helper cells from the joints of children and adolescents suffering from arthritis. Based on gene activity, they were able to divide the cells into previously unknown subgroups. Some of them inhibit inflammation, others drive the inflammation. Exactly these cells must now be eliminated in order to stop the inflammatory process in the joints.

The scientists of the DRFZ use a new strategy to modify the activity of pathogenic cells. They use small molecules that penetrate into the cell nucleus and attach to so-called “gene switches”. This allows, in simple terms, to switch genes on or off. These tiny molecules, called oligonucleotides, can therefore specifically affect cell functions. In an animal model for inflammatory bowel diseases, the DRFZ has already succeessfully in eliminated pathogenic memory T cells. The protective memory T cells were preserved. The treatment was successful and the inflammation of the intestine was reduced significantly. This method will now be transferred to other diseases. The aim is to develop therapeutic oligonucleotides for use in humans that interrupt the machinery of inflammation in chronic autoimmune diseases.

More detailed information on the different memory cells is provided in the profiles of the research groups working on immunological memory.

News on the topic 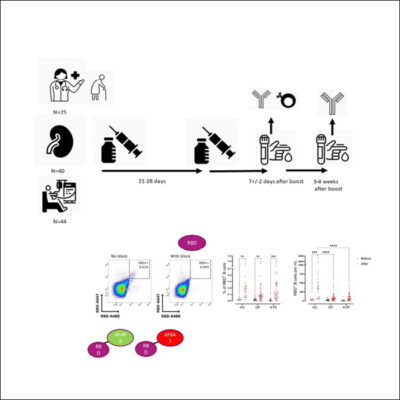 Immunity to Corona – for how long? 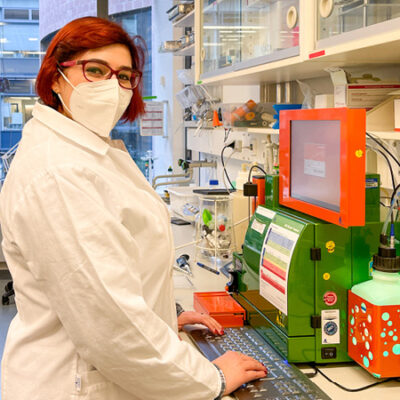 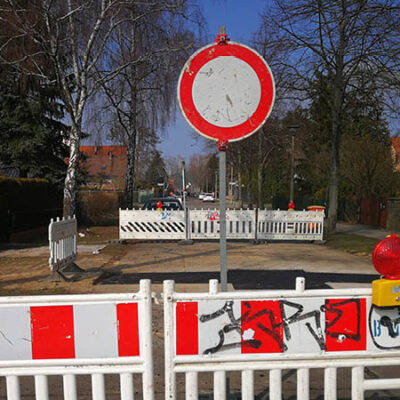 Cell therapies for rheumatic diseases – targeting the cause 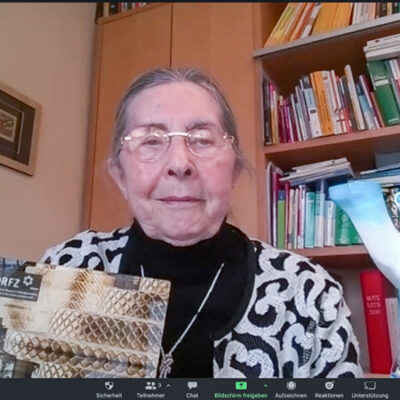 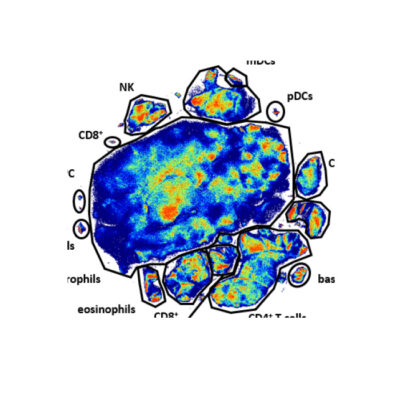 One drug – multiple targets? News on the therapy of SLE 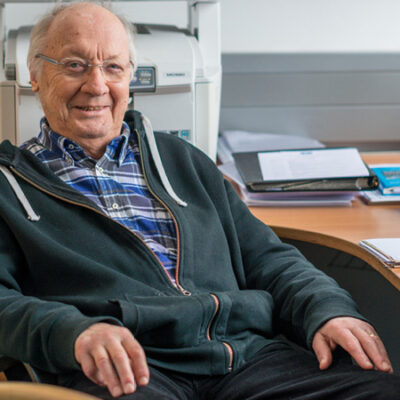 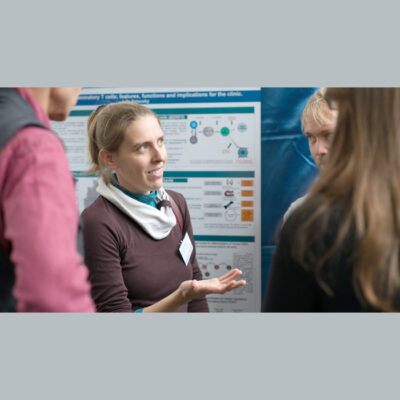 International Day of Women and Girls in Science: portraits of female DRFZ employees 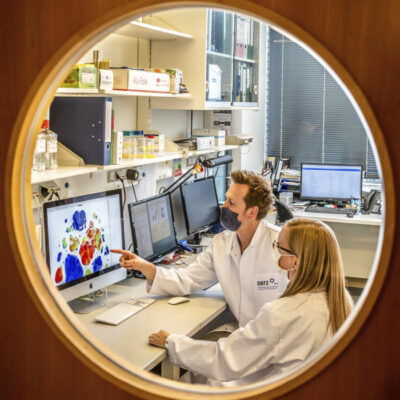 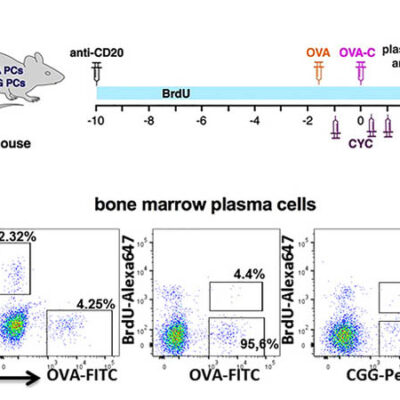 A new method for the treatment of antibody-mediated diseases 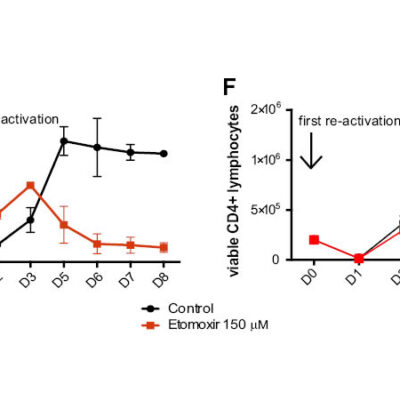 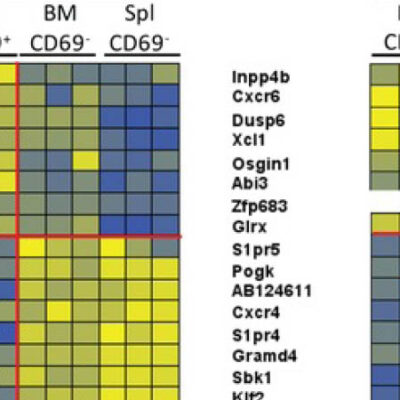 Tissue-resident T Lymphocytes differ from those in the blood 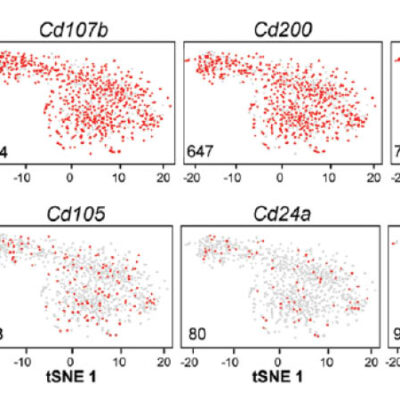 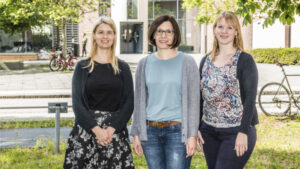 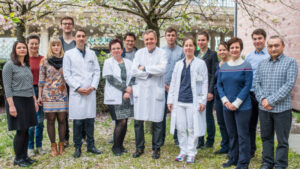 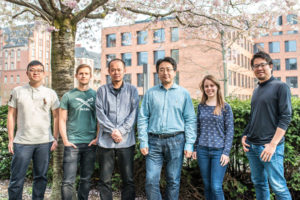 Tracing the secrets of longevity of memory lymphocytes